Which compressor to buy 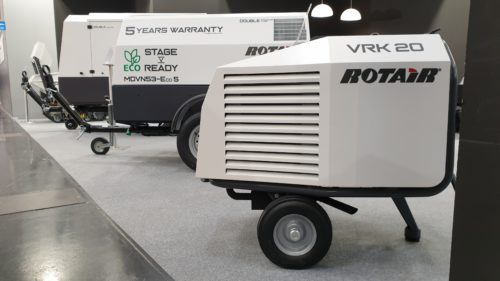 Which screw compressor I should buy?

When making a decision to buy a compressor, we think about which compressor to buy and which compressor will be the best, and probably which make to choose.  To this end, we must answer a few questions and be aware of what equipment will best serve us due to the parameters of use and operating costs, including:

To help you choose a screw compressor for your machines, we are creating a tool that we will soon put on our website.  Below, we have included some of the most important information about compressors.

Design of a compression screw in screw compressors

The forcing screw used in compressors is a type of machine that works by compressing air by reducing the space between working screws from the suction holes.  To achieve high efficiency, we must ensure a precise and very high tightness between both screws and the screws and the housing.

The screw design has so few faults due to its simplicity and complete lack of vibration damaging the fastening elements, thanks to which they can be deprived of cushioning, in particular low-speed screws that were constructed by Rotair.

Screw compressors have found their application in almost every industry, mainly in construction and railways.  Thus, they replaced noisy piston compressors.  They also work well in industrial installations, mainly as a device supplying compressed air to the installation. In addition, Rotair patented Screws are also used in train brakes such as the Pendolino train.

Compressors are required for this type of work, the parameters of which are selected according to the requirements of the machine we want to use, which is why you should familiarize yourself with the principle of operation and differences between compressor models.

These compressors compress air by means of impellers called a screw, which work in hydraulic oil.  The air is blown out under pressure with oil, which is separated from the air in the next stage.  Rotair compressors use a 2-stage system that eliminates oil in the standard equipment at the level of 99.8%, and the escaping oil particles are an additional lubrication of machine systems.

Additional filters can be used as an option, which separate almost 100% of the air. The outgoing compressed air is heated and contains vapour particles, which in some devices are not indicated, for this purpose the compressor can be equipped with a final cooler with a dryer.  They are removed by means of cyclone separation as well as filtration and drying.  Such a compressor can be used without any worries to power especially sandblasters, blow moulding machines and any other construction equipment such as mole jacking machines, drilling rigs or impact hammers.

The advantage of screw compressors is energy efficiency, performance and reliability of work, which is extremely important in everyday use.  Precise control allows automatic regulation of the flow and compression of the air consumed, thus reducing energy consumption and failure rate.

Screw compressors are used in production equipment as well as in workshops, laboratories and wherever a large and stable amount of compressed air is needed.  The industries in which they are used are: machine, aviation, petrochemical, electronic, marine, metallurgy and food.

Sandblasting is cleaning with a stream of sand of steel, wooden and other elements, as well as sand engraving under pressure on glass and the soda method, i.e. pressure cleaning, in which sodium bicarbonate is the cleaner (Sodium Bicarbonate) NaHCO3 to name just a few applications of blasting technology.

For cleaning dirt (sandblasting, soda, shot blasting), an abrasive is used, which is thrown out with compressed air to clean the elements from various types of dirt, removing e.g. rust, deposits, greases and others that traditional methods of air cleaning such as water or chemical agents cannot cope with.

To help you choose a screw compressor for your machines, we’ve included tables to help you choose them along with links to the appropriate model. Soon we will also present a comparison of competing brands such as Compair, Kaeser and Atlas Copco.